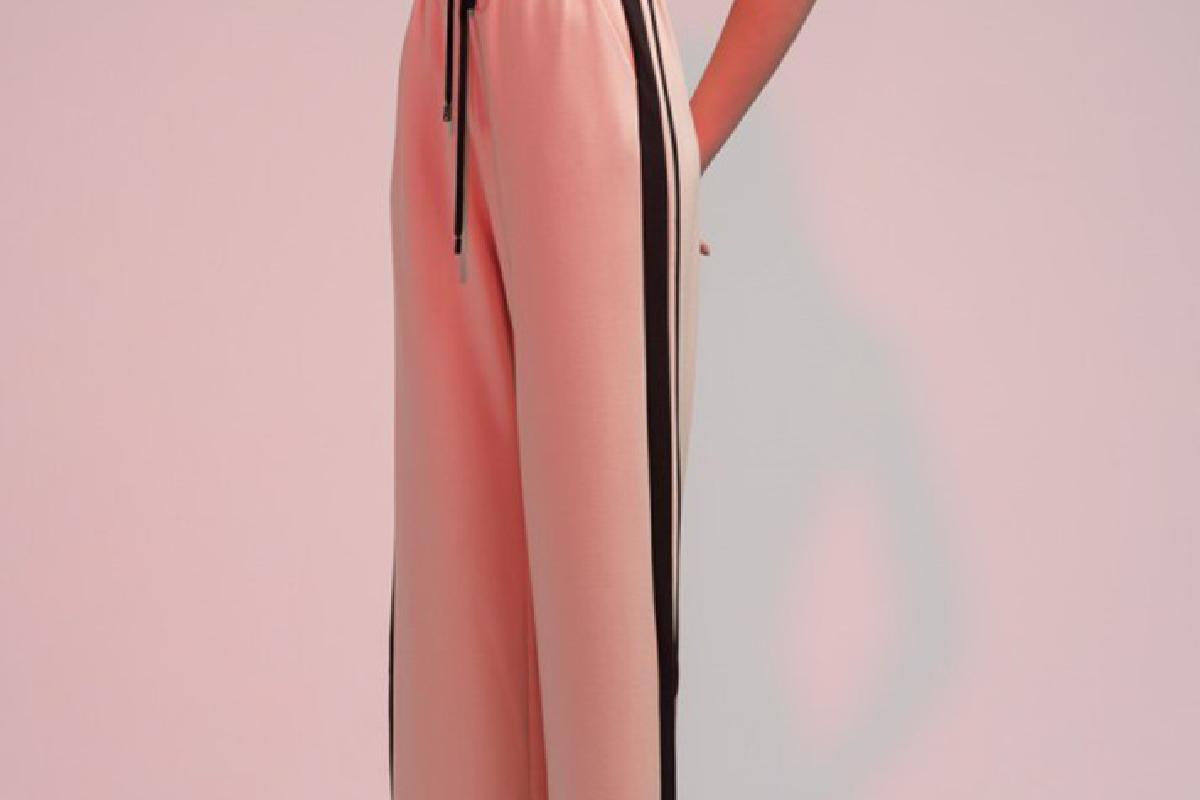 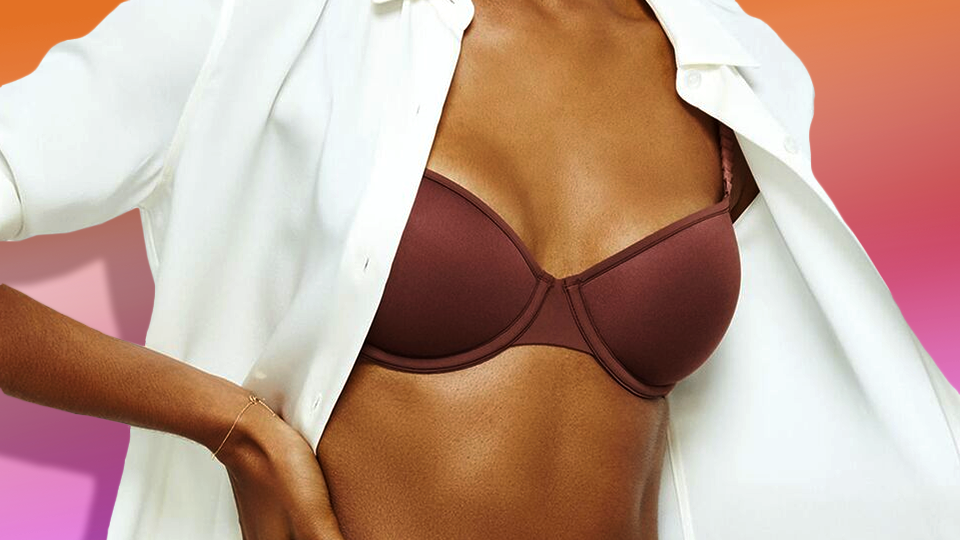 Ioll never forget the moment I realized I had boobs. I was 23, new to new York City, and shopping in a friendos closet. We were both similar sizesjabout 5o1 with size-2 waistsjand I threw one of her button-down shirts that I swore fit me just one year prior, back when I was totally flat-chested. This time around, I could get it buttoned just fine, but even the faintest of movements sent it the third button from the top out of its quarter-inch-long closure. Suddenly, there they were.

If that sentiment sounds insane, itos because it is: I didnot fully finish puberty until my mid-twenties, and for the better part of the last six years, Iove battled with finding the right bra. Itos been so annoying, in fact, that Iove taken to wearing a not-so-sexy sports bra beneath all my t-shirts, as well as a series of ill-filling bathing suit tops that often give me reverse shelf boobsjyou know, that weird thing that happens when you bra isnot supportive enough, and instead of looking like you have two separate breasts, they blend into a uniboob with a gape of fabric underneath. (Hereos a photo of me posing hard before I knew better.)

I eventually stopped wearing tight-fitting clothes all together, but as thin woman with a size C chest, I often got no sympathy. Anytime Iod go into a store asking for a minimizer, or something that would play down their size, the retail associate would playfully ask me why I would *ever* want to do such a thing and didnot my boyfriend love them? I even walked out of one store in protest for looking at my boyfriend for his reaction before asking me what I thought about the way one bra fit. Yea, no.

With that said, I set out to finally find *the* perfect bra: one that I could wear under sweaters and tees and dresses andjyepjeven a tight top. For the lazy among us, I was hoping to find one that I could get away with machine washing, but no luck: just about everyone recommends you hand-wash. Hmph. Anyway, hereos how it went.

This spandex and microfiber style is more of a supportive sports bra than a sexy pick. In fact, when a friend who recently got implants showed me her surgical bra, we joked about how similar they looked. That said, it does a solid job of keeping my boobs in place sans jiggle, and it looks great underneath baggy sweaters, tees, and tight-fitting shirts, too. The only instance where it doesnot work is under something relatively see-through, since itos not exactly cute. When it came to washing itjIom super lazy and never, ever hand-wash my bras, but for this experiment, I both hand-washed and threw them in the delicate cycle and then hung them dry for comparisonjthis wire-free bra held up great with the hand-wash, and just okay with the latter: It started to pill a bit with subsequent wears.

This underwire-free bra came on strong recommendation from a co-worker who walked up to my desk one morning, appropos of nothing, to tell me she finally found the one: the bra that went with everything. Later that week, in what seemed like an elaborate scheme to get me to buy this bra, a few friends even dang its praises on Facebook. Anyway, even though it comes in a range of nudes, I got mine in black, and though itos bit more full-coverage than I usually wear, I really enjoyed the half-cup sizing element. I *hate* underwire so I was excited to see a thicker strap of fabric in its place, but said strap sometimes folded weirdly, almost like a soft-cup bathing suit. Still, the soft, memory foam-like fabric feels like nothing against my skin (major win), and though the customer service rep warned me not to put it in the wash, I threw it in, just like the others: To my surprise, it came out of the wash feeling almost dry, and held its shape as it fully hang-driedjzero pilling, tugging, or creasing.

one of the more expensive options, this demi-cup bra is super lightweight (which matters, trust) but I couldnot get the padded inserts out fast enough. Still, it ended up fitting decently: I went for a 32C, which is my normal size, but found there was a little gaping right at the center of each boob at the end of the day. The microfiber fabricjvery popular these daysjdoes a great job of keeping the underwire from being a pain, but as someone who usually enjoys sleeping in bras, this one felt good to take off. Still, it looked great under both a t - shirt and a sweater, and with sheer paneling on the wings, the bra actually made me feel pretty sexy. Had I gone in-store for a fitting, perhaps the gaping could have been alleviated. It earned bonus points for washing well both times, despite me forgetting it was in the washer for about four hours. oops.

Gapos T-Shirt Bra sizes are pretty consistently sold out onlinejand finding one in-store was a huge pain, but alas, thatos nYC for you. Still, I managed to nab a light pink one in my size and it arrived quickly. I wore it for a few days straightjunder a t-shirt, a silk blouse, and again under a sweater, and found that while it looked great under the first two, the fabric would sometimes grip onto the sweater in a weird way. I had to pull the sweater away from my body a couple of times, and thatos only when I was being cognizant of it. And even though the site directs you to put it in the wash, the cups of the bra puckered on the first launder. no bueno.

I decided to deviate from the usual T-shirt bra thing for a moment and try on this adorable bralette my boyfriend bought me. Itos been sitting in my drawer, mostly unworn, for lord-knows-how-long, and even though I love wearing it, I often forget I even own it. First thingos first: This bra is sexy as hell: Itos made from pleated mesh and has super delicate straps and makes me feel downright amazing. I wore it first with a chunky sweaterjwhich is usually a recipe for my boobs to go rogue and slip out if I so much as think of bending over to pick up somethingjand they stayed pretty secure. Then, I went with a sheer blouse (this was during Fashion Week, when you could practically walk outside topless and nobody would bat an eye) and I got tons of compliments from friends, but when I wore it under a t-shirt, I realized why I probably buried it in my underwear drawer: It made my boobs look saggy, like Iom not even wearing a bra at all. I canot even tell you how it washed because I threw it back in my drawer and vowed never to wear it with a tee ever again.

Iom just going to say it: This is the bra my mom wears. Weore similar sizes and she swears by it, so despite the underwire and the unfortunate connotation it now bears, I figured Iod give it a go: The mostly-polyester cups are super soft and feel pretty lightweight, and though I could get past the shiny satin trim, the front bandjthat part of the bra between the two cupsjwas itchy. I took it off twice one day to see if a thread was bare or something was sticking out, and nothing. Even after almost a weekos worth of wears, I couldnot figure out why it bothered me. Still, even though I felt not-so-sexy wearing it, this bra looked great under everything I wore, and I accidentally threw it in the wash with my gym clothes and it came out completely unfazed. If youore looking for a bra that can take a beating (and can stand the possibility of an uncomfortable front band), this is the one for you.

Iove been wearing Livelyos bralettes for about a year now, and though I generally like themjtheyore really cute and pretty full-coveragejthey donot always look great under a t-shirt. So I decided to venture back to familiar territory with Lively and order one of its aptly named T-Shirt bras. For a brand thatos known for its bralettes, the bras come in a good range of sizes (32A to 38DD) at a pretty affordable price-pointja rarity these daysjand thereos a truly helpful bra-sizing chart with instructions on the site. Back to the bra: Its lacy, front-adjusting straps are a game-changer (why donot all bras have these again?) and thereos a j-hook in the back that can turn it into a racerback style without having to MacGyver itjthough be prepared for a little gaping near the bottom of the bra, along the side. The bra itself is super comfy, and it looked great under everything I wore. Plus, it washed like a dreamjnot even a hint of pilling. Though it comes in three solid huesjsoft pink, toasted almond, and blackjI could see someone with a darker skin-tone annoyed that it only comes in black, light, and lighter.